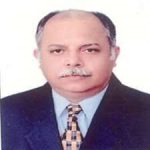 He was promoted to the rank of Professor in 2002. He retired as Head of Department of Otalaryngology and Head & Neck Surgery Allama Iqbal Medical College, Lahore in May 2011. During his long, illustrious career, he taught under graduate and post graduate student alike. He is a teacher, supervisor and examiner to M.B.B.S: DLO, MCPS, MS, FCPS. He wrote many original research papers. He is also a co-author of twelve research papers. His major contribution was to promote the cause of Otology in establishment of a Temporal Bone Laboratory in Lahore which was the first and original Temporal Bone Laboratory in Pakistan. He has conducted sixteen Temporal Bone courses for post Graduate as well as for District Specialist.

He has been an active membrane of society of Otolaryngology Pakistan since 1986. He was the Chairman of Scientific Committee for the Conference of ENT held in Lahore in 2008. He was also the Chairman Scientific Committee for the Conference of ENT held Faisalabad, Punjab, Pakistan in 2010. He has attended all national as well as many international conferences on ENT during his career. He has been very active in sports during his student as well as his professional career as an ENT Surgeon. He was selected in the first eleven in the Nishtar Medical College cricket team as well as the squash team. He was the President of Squash Club at Allama Iqbal Medical College.

After retirement, he joined Akhtar Saeed Medical & Dental College as Professor and Head of Department of ENT. 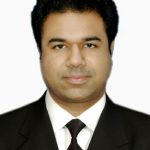